a series of drawings
with a greasy black crayon
on a white glossy paper a drawing quite fleshy, sculptural, strong

I am drawing about love
just it its not known what kind of love, who loves, or whom, if it is love at all?
these women, dogs, bitches, wolves and men that appear
all of these pupations and fusions that came to my mind at that certain moment, but however a doglike figure appears most often, because that doglike wolflike herdlike bitchy love
is the one that fascinates me the most so I performed a drawing vivisection on it –
by penetrating its purity, nobility, respect, closeness, fidelity, selflessness and devotion.
These drawings are at the same time a question about the presence of feelings in everyday life of us humans – in light of often pathogenic relationship between two people, in light of the way animals are treated, in light of biology and carnality. 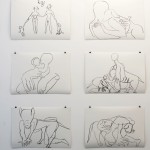 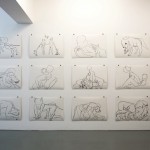 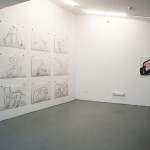 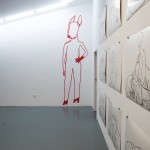 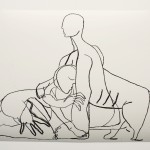 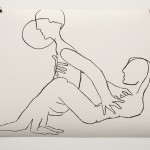 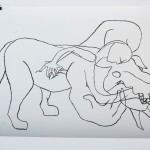 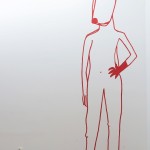 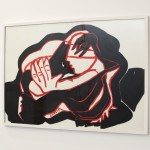